Check out the site, the blog and the Buzzboard Bee Forum! 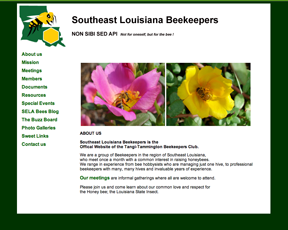 "Api"- or "Bee"-therapy is the use of products made by honeybees for health and wellness; honey, pollen, royal jelly, propolis, and beeswax, and even bee venom!


Here are a few sites to help you learn more:


Vanderbilt University's page on The effects of Bee Pollen on Energy and Weight Loss
http://www.vanderbilt.edu/ans/psychology/health_psychology/beepollen.htm

Use of Bee Venom as Anti- Inflammatory Aid
http://www.livestrong.com/article/115595-benefits-bee-venom/


FAO AGRICULTURAL SERVICES BULLETIN No. 124
http://www.fao.org/docrep/w0076e/w0076e00.htm#con
Has a tremendous amount of information on bees and bee products and their uses, including using honey for wound dressing and mouth ulcers, pollen as  food supplement and a prostate cancer aid, propolis for antibacterial mouth washes, and of course, bee venom therapies and more

a sample of the above site:


Antibacterial activity is the easiest to test and is probably the most studied biological activity of honey. In normal honey it is attributed to high sugar concentration and acidity (pH range 3.5 to 5.0). Yet, since also diluted honey has shown antibacterial activity, the active ingredient was attributed to an elusive substance generically termed "inhibin". Much of this activity was later attributed to hydrogen peroxide (H202) an enzymatic by-product during the formation of gluconic acid from glucose. The responsible enzyme, glucose oxidase is basically inactive in concentrated normal honey. Thus, in honey solutions (diluted honey) with the right pH, antibacterial activity is largely due to the presence of hydrogen peroxide. The biological significance of such a mechanism arises from the requirement to protect immature honey (with high moisture content) inside the colony until higher sugar concentrations are achieved.
Both mechanisms can partially explain the sterilizing effect of honey on wounds and some of its efficacy against cold infections, but it does not explain its beneficial effect on burn wounds (Heggers, et al., 1987) and faster wound healing with less scarred tissue. Subralimanyam (1993) has experienced 100% acceptance of skin grafts after storage in honey for up to 12 weeks. Antibacterial activity varies greatly between different types of honey (Dustmann, 1979; Revathy and Banerji, 1980; Jeddar et al., 1985 and Molan et al., 1988). In addition to glucose oxidase, honey seems to contain other mostly unknown substances with antibacterial effects, among which are polyphenols. These other factors have been identified in a few cases (Toth et al., 1987; Bogdanov, 1989 and Molan et al., 1989) but as a whole there are few scientific studies on the various claims of the beneficial effects of honey. However, it has been well demonstrated that most of the antibacterial activities of honey are lost after heating or prolonged exposure to sunlight (Dustmann, 1979)."
"3.4.2 Scientific evidence
The only long-term observations on the medicinal effect of pollen are related to prostate problems and allergies. Several decades of observations in Western European countries and a few clinical tests have shown pollen to be effective in treating prostate problems ranging from infections and swelling to cancer (Denis, 1966 and Ask-Upmark, 1967).
Supplementation of animal diets with pollen has shown positive weight gain and other beneficial effects for piglets, calves, broiler chickens and laboratory cultures of insect (see 3.5.2).
Certain bacteriostatic effects have been demonstrated (Chauvin et al, 1952) but this is attributed to the addition of glucose oxidase (the same enzyme responsible for most antibacterial action in honey) by the honeybee when it mixes regurgitated honey or nectar with the pollen (Dustmann and Gunst, 1982). Therefore, this activity varies between pollen pellets and is much higher in beebread. A very slight antibacterial effect can also be detected in pollen collected by hand (Lavie, 1968).
There is some evidence that ingested pollen can protect animals as well as humans against the adverse effects of x-ray radiation treatments (Wang et al., 1984; Hernuss et al., 1975, as cited in Schmidt and Buchmann, 1992)."

Posted by VOGTHORSTAR at 1:44 PM No comments: